The National Chairman of the Peoples Democratic Party (PDP), Senator Iyorchia Ayu has boasted that they control the heartland States in South West and that the party’s candidate, former Vice President, Atiku Abubakar will win the Presidential election.

He stressed the need for the party to maintain relationships formed on realities with the Nigerian people, so that they can be trusted in future elections.

“And the Nigerian people as long as we continue to do the right things they will believe us and they will definitely give us their mandate, ” he added.

He explained that “we try to convince Nigeria people of the disgusting realities that they find themselves in, thanks to the APC and all the lies they told against the PDP. 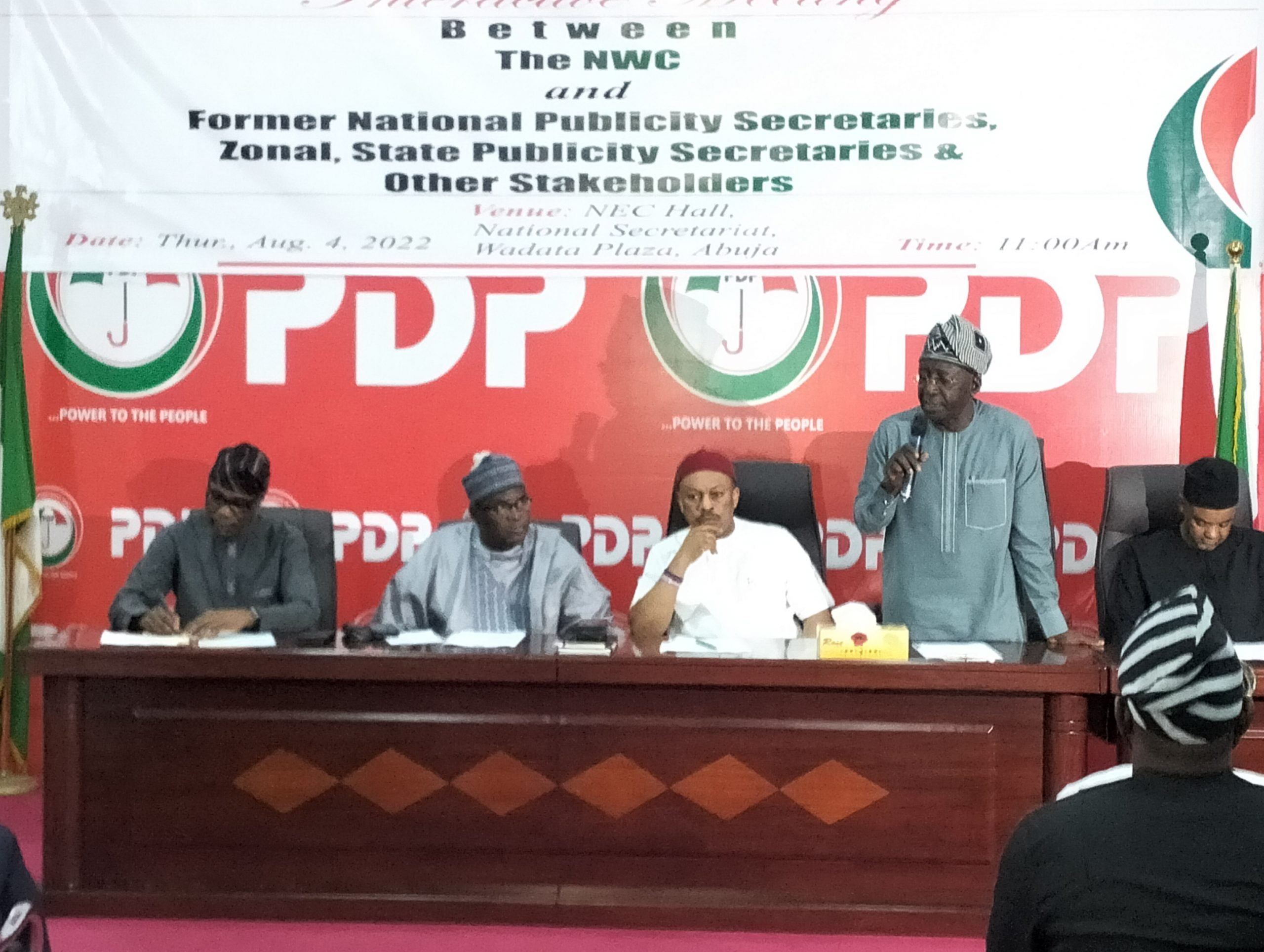 Ayu continued “and I think that message is getting through by the series of elections we’ve gone through. The elections in Abuja in the six local governments people voted massively for the PDP.

“The elections in Ekiti and Osun, again, it was clear that the preferred party that the Nigerian people want to take over power next year is still the PDP. This is not based on lies, it is based on realities.

“It is based on the reality of these two states elections Ekiti and Osun, never mind we had a hiccups in Ekiti for reasons which many Nigerian and party members know, we still keyed in on a very important state of Osun.

He charged party stakeholders to work harder to tell Nigerians the truth, saying, “we need to convey to Nigerians the failure of the APC and to go ahead and tell them what we will do for them as realistically as possible”.

“And our victory in Osun shows clearly that we are on the way to victory. We are definitely going to win the next election, we’ll increase the number of governors, we’ll control the National Assembly, House of Representatives, most state houses of assembly and of course the big price friends, we shall return to the Villa, he added

Earlier in his remarks, the PDP National Publicity Secretary, Debo Ologunagba said the APC came to power through propaganda and lies.

Ologunagba noted that with only unity, they can defeat the lies of APC.