Labour Union in Osun State on Tuesday joined the national body on a solidarity protest to end the Academic Staff Union of Universities (ASUU) strike.

Recall that ASUU has been on strike for almost six months. 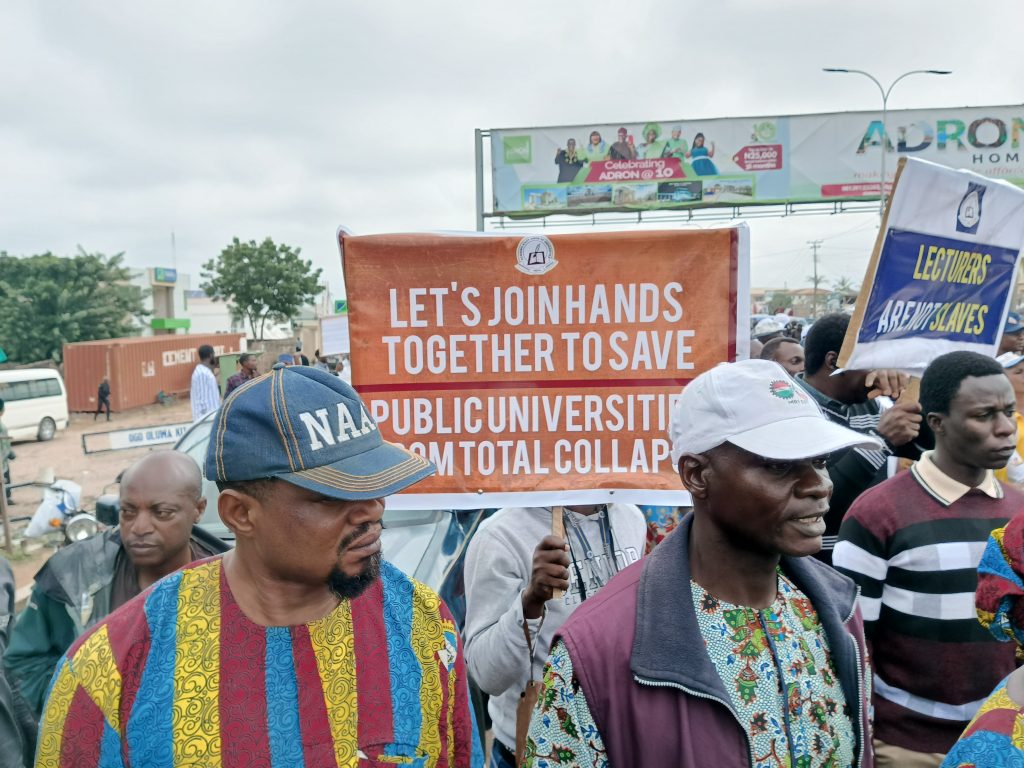 The NLC had called on workers across the country to embark on a two-day nationwide protest.

Various labour unions in Osun State on Tuesday joined the industrial action to express their grievance. 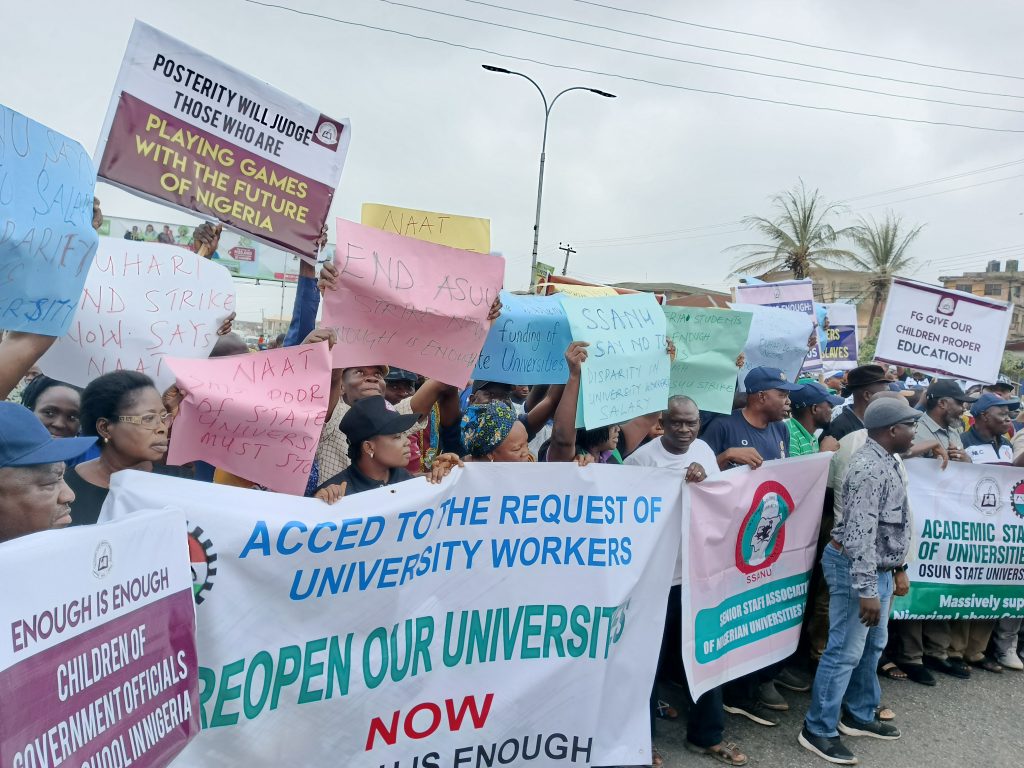 The unions gathered at Ogo Oluwa filing state in Osogbo on Tuesday.

Some of the unions and associations seen participating in the protest include members of the Academic Staff Union of Universities (ASUU), Trade Union Congress (TUC), NULGE and the Nigeria Union of Journalists (NUJ).

Others are NUPENG, JUSUN, SSANU and NASU. 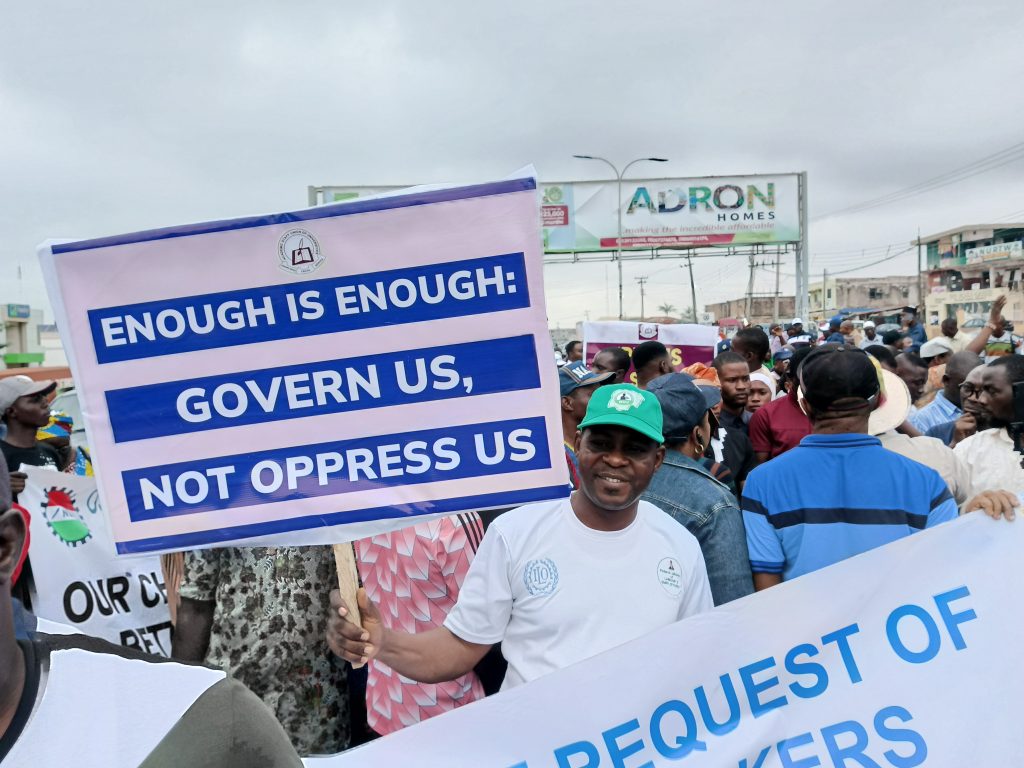