Falana, who joined the NLC protest in Lagos, carried placards to defend the Nigerian interest.

The NLC embarked on a nationwide protest in solidarity with the Academic Staff Union of Universities, ASUU, over its ongoing strike. ASUU has been on strike for about six months over a disagreement with the Federal Government regarding the mode of payment.

Meanwhile, the Lagos State chapter of NLC had issued a two-week ultimatum to the Federal Government to resolve issues with ASUU.

The Lagos NLC chairperson, Mrs Agnes Sessy, made this known during a protest in Ikeja. 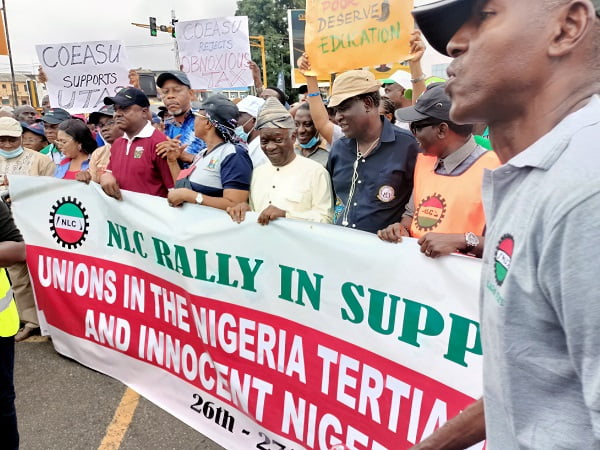 She urged the government to act or risk another EndSARS protest.

The NLC and other university unions took to the streets of Lagos to protest the ongoing ASUU strike on Tuesday.