Bad roads, injustice, corruption by the electricity distribution authorities and insecurity have made the list of top concerns in Osun communities, a report by Urban Alert indicates.

Urban Alert, a civic initiative is known to amplify the voices of the masses, leveraging technology.

A report made available to DAILY POST on Wednesday and signed by its Communications Officer, Rashidat Agboola listed bad roads as a top discontent for the people of the state.

The organisation said, on its eye-witness program on Rave FM, that 58.98% of issues tabled by the citizens were centred on bad roads.

The group said 13.7% of the complaints received were electricity-related adding that the citizens decried continuous injustice and corruption meted on them by the Ibadan Electricity Distribution Company (IBEDC), especially for their continuous refusal to deliver electricity prepaid meters to those who paid for the devices between 2015 and 2017.

“Callers also expressed displeasure over the inability of the Ibadan Electricity Distribution Company (IBEDC)
to repair and replace transformers, leading to the poor citizens contributing to purchase transformers which end up being the property of the IBEDC.”

“On security, 4.19% called about the problem of land grabbers (Omo Onile), thugs and cultists in Osogbo, Ilesa and Ikirun. In addition, 3.41% of the 516 callers urged the Osun State Government to fix the Ede, Eko Ende Water Works and faulty water pipes in Osogbo, Ede and Ofatedo.

“Complaints on the Osun River pollution, open defecation and improper refuse dump covers 0.54% of the callers. Also, the state of classrooms, school fees and other issues relating to education cover 0.7% of the calls received in the 50 Episodes of Oju Elerii in 2021,” the statement read. 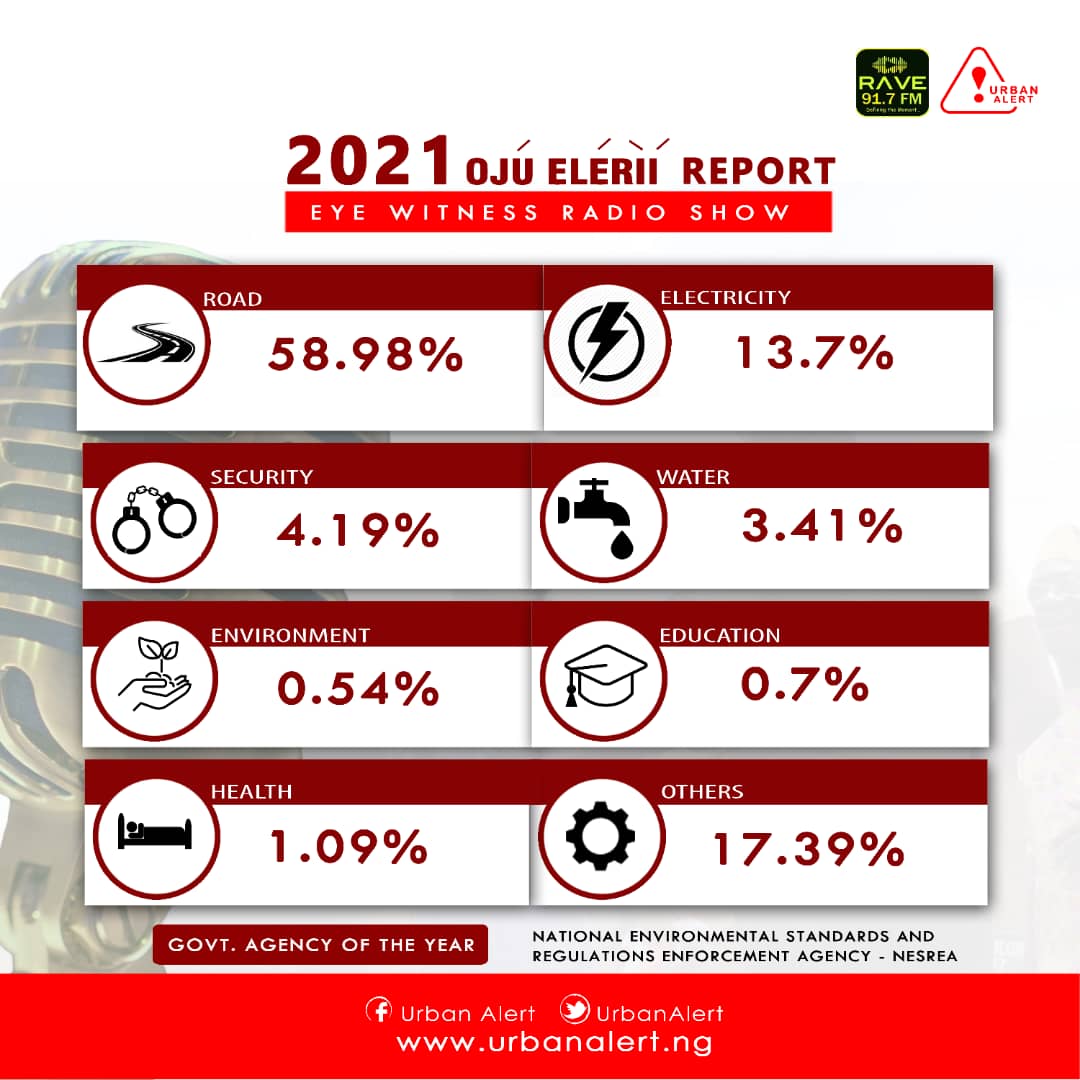