The Federal Polytechnic, Ede Alumni Association (FPEA) has suspended its National President, Bashir Shittu over allegations of financial misappropriation and abuse of power.

The suspension was contained in a letter signed by Buhari T. Abiodun, the association’s National General Secretary.

In the letter obtained by DAILY POST on Sunday, the group disclosed that the suspended national president, Shittu had violated some sections of FPEA Constitution.

In the letter, the sum of ten million, thirty thousand, nine hundred and sixty one Naira and ninety Kobo (N10,030,961:90) was expended by the president without making any recourse to the National Executive Council for approval.

According to the letter, “Three previous NEC meetings were held where a qualitative explanation was requested from the president on how he spent the money and who gave the approval.

“It was also agreed that further expenditure should be put on hold until a detailed explanation and report were presented for ratification but the president still went ahead to approve a total sum of four hundred and thirty thousand Naira (N430,000), out of which a sum of two hundred and sixty thousand Naira (N260,000) was approved to himself.

In his reaction, the embattled President, Shittu Basiru described the meeting as illegal.

In his words, “It was an unauthorized and illegal meeting which I was not part of,” he said. 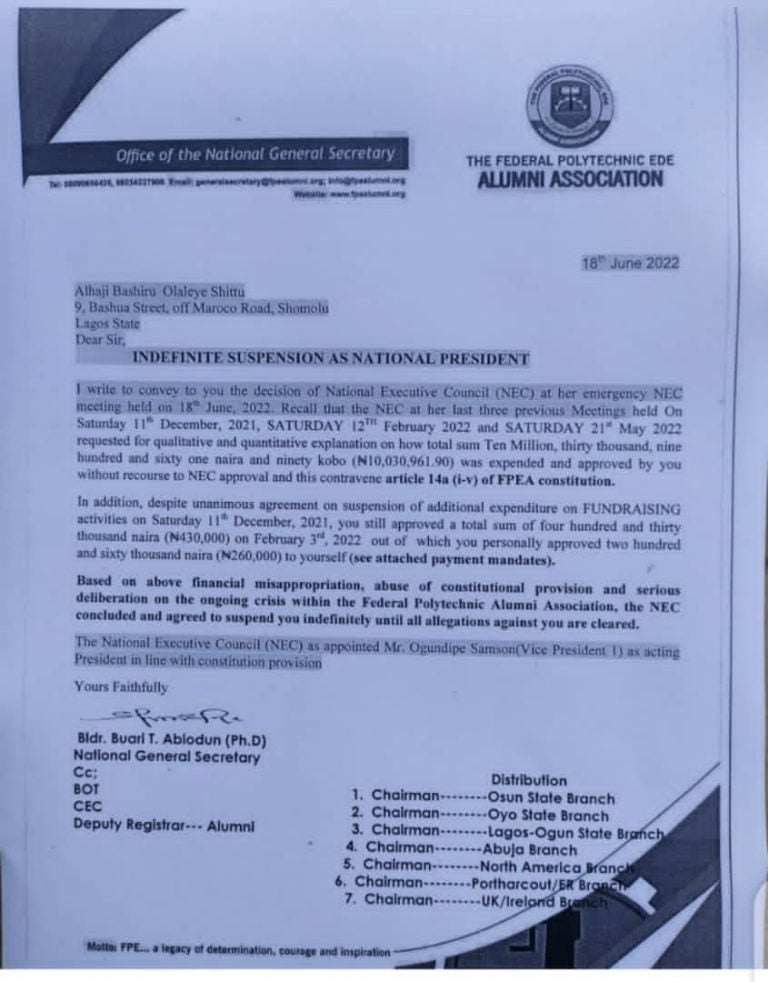