The Controller of Ogun 1 Area Command of the Nigeria Customs Service (NCS), Dera Nnadi, has urged traditional rulers in Ogun State to help in putting an end to the challenge of smuggling and killing of customs officers.

Nnadi enjoined the monarchs to speak to their subjects, who he said were in the habit of attacking NCS officers while they are performing their constitutional duties.

The customs boss said this on Tuesday when he met Obas in Yewa, led by their leader, Oba Kehinde Olugbenle; the Alake of Egbaland, Oba Adedotun Gbadebo and the Agura of Gbagura, Oba Sabur Bakre.

Nnadi appealed to the traditional rulers to join hands with the NCS in ending smuggling, which he said usually marks the beginning of the various attacks on officers of the NCS.

The Controller recalled the gruesome killing of two customs officers recently at a village in Yewa North, appealing to the monarchs to work with the agency towards making Ogun border communities peaceful.

He regretted that people from other states now perceive the Ogun and Yewa area of the state as a “war zone” known for smuggling, asking that the narrative be changed.

His words, “People call Ogun a war zone; let us change the narrative of how people see us. They call Yewa the war zone, the zone for smugglers and I want us to change that narrative. I don’t want people to see Ogun and Yewa in particular as a war zone. 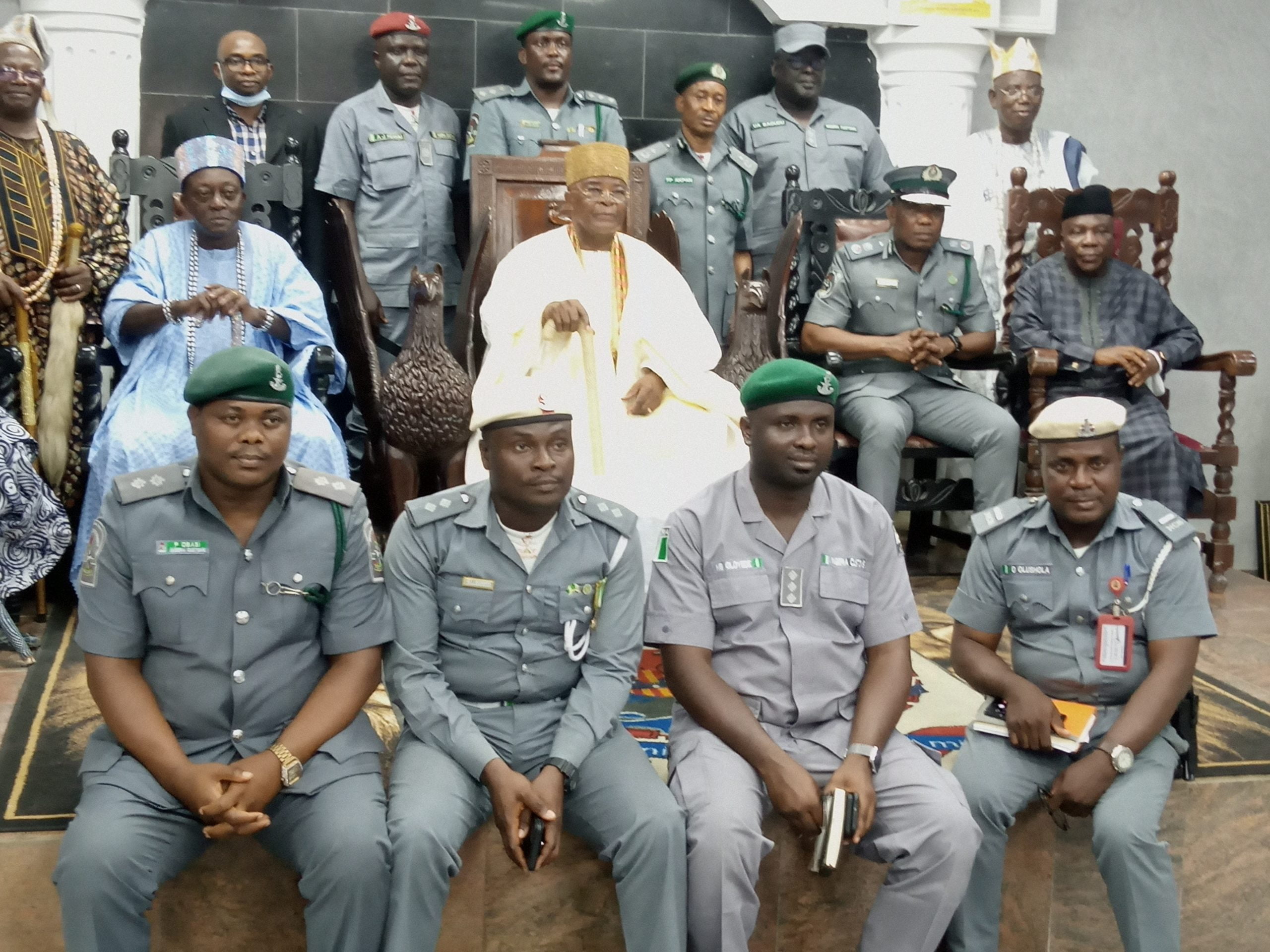 “These smugglers do attack officers of the Nigeria Customs Service, this is highly condemnable. Recently, two of our officers were murdered in Yewa in cold blood, this is unacceptable and we want it to stop.

“As our traditional rulers, please sensitise your subjects on the dangers of smuggling. From time immemorial, Yewa people are known to be peace-loving, accommodating and law-abiding. What has changed?

“Why are we allowing the younger generation to destroy our historical facts? We must let people know who we are because we generate a lot of revenue for the government. Please help us to stop attacks on customs officers.”

In his response, Oba Olugbenle noted that Yewa indigenes are not smugglers, stressing that non-indigenes should be blamed for snuggling activities in the porous borders in the zone.

However, while conceding that there might be collaborators amongst his subjects, the Olu of Ilaro advised the NCS to work hand-in-glove with traditional rulers to fish out the economic saboteurs.

Olugbenle urged the government to address the issue of unemployment, poverty and hunger, which he opined were the reasons people venture into smuggling.

He appealed to President Muhammadu Buhari to reopen the borders in Ogun to allow legitimate businesses to flourish.

In his words, the Alake of Egbaland said he would not support smugglers, saying the NCS generates part of the money being used by the government for developmental purposes.