The Governor of Abia State, Okezie Ikpeazu has inaugurated a Special Security Committee for Umunneochi Local Government Area, with a charge to stamp out elements who have no business in their forest and have constituted themselves into security threats.

Inaugurating the Committee at the Government House, Umuahia, Governor Ikpeazu directed the Committee to take over all ungoverned spaces in Umunneochi and set up systems that will lead to the apprehension of all elements who have become a nuisance to the people of the Council.

This was disclosed in a release by Onyebuchi Ememanka, the Chief Press to the Abia Governor, made available to newsmen in Umuahia, the State capital Thursday.

Ikpeazu assured that the government will provide all that is needed to make their job successful and announced immediate provision of a patrol vehicle and motorcycles to serve as enablers to their assignment.

He also assured that he will support the Committee until the story of security changes for the better in the area.

He charged the Committee to take decisive action to flush out all criminals in the area as the land belongs to the people of Umunneochi, adding that they must be firm and that any citizen of the area found to be conniving with the criminals should be identified and dealt with. 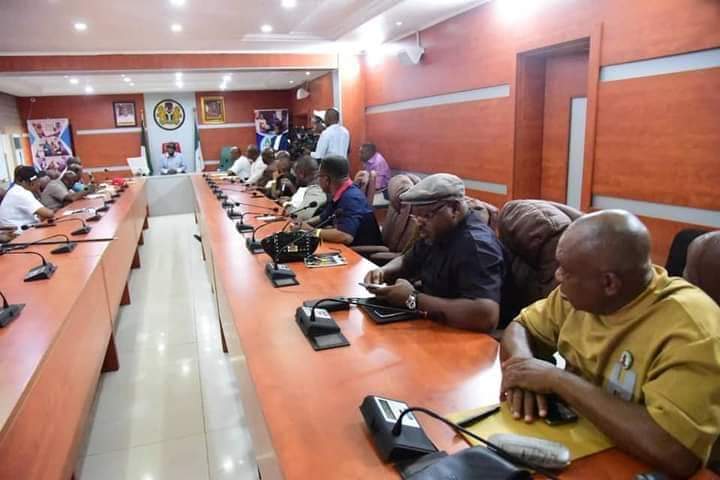 Ikpeazu warned that anybody who wants to do business in Umunneochi LGA must come out in the open and charge the Committee to deepen intelligence about what is happening in the area, especially movement around the area.

The State Chief Executive further directed them to collaborate with neighboring communities outside Umunneochi in the course of the assignment, promising that the initiative will be extended to Isuikwuato and Ukwa West LGAs.

Responding on behalf of the Committee, Eze Okechukwu Chukwuji, thanked Governor Okezie Ikpeazu for the initiative which will check insecurity in Umunneochi and assured that they will justify the confidence reposed in them.

The Special Security Committee, which has 12 persons as members, has the Commissioner for Information, Dr Eze Chikamnayo as Secretary.