The development followed a decision reached after a parley with aspirants under the platform of the ruling All Progressives Congress, APC and other stakeholders of the party in the state.

A message issued to stakeholders of the party and sighted by DAILY POST on Twitter said Uba Sani has been picked as the flag bearer of the party.

A Twitter user, Akinsola Akin tweeted, “We met for about three hours. Everyone consented to allow Mallam’s decision to prevail. He has chosen Uba as the flag bearer.

“We need to accept this as the will of Allah SWT and avoid the unnecessary back talk. Let’s see how to manage our supporters amicably.

DAILY POST reports that Uba may be running against a former lawmaker, Senator Shehu Sani who is also vying for the governorship ticket under the platform of the Peoples Democratic Party, PDP. 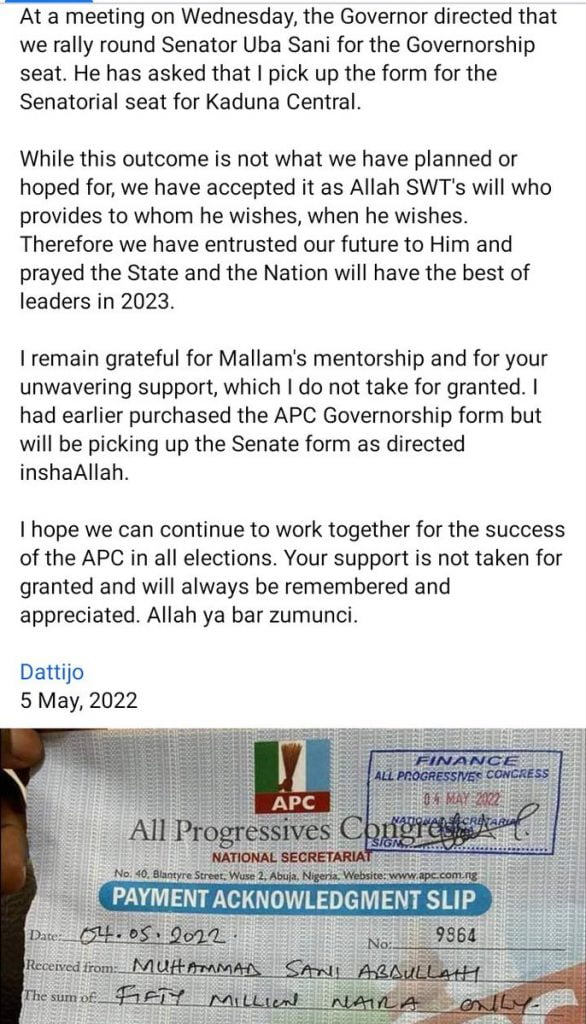