Imo State Police Command has arrested a father and his wife for allegedly chaining his 7-year-old son in an uncompleted security post, with his legs locked with two padlocks for days.

The Public Relations Officer(PPRO) of the command, Micheal Abattam, confirmed this in a release made available to newsmen in Owerri, Imo State.

The police informed that the two suspects are presently in police custody undergoing interrogation and will be charged to court as soon as an investigation is concluded.

The police spokesman said the child was rescued alongside two other children, aged 11 and 9 years, all looking unkempt and malnourished. 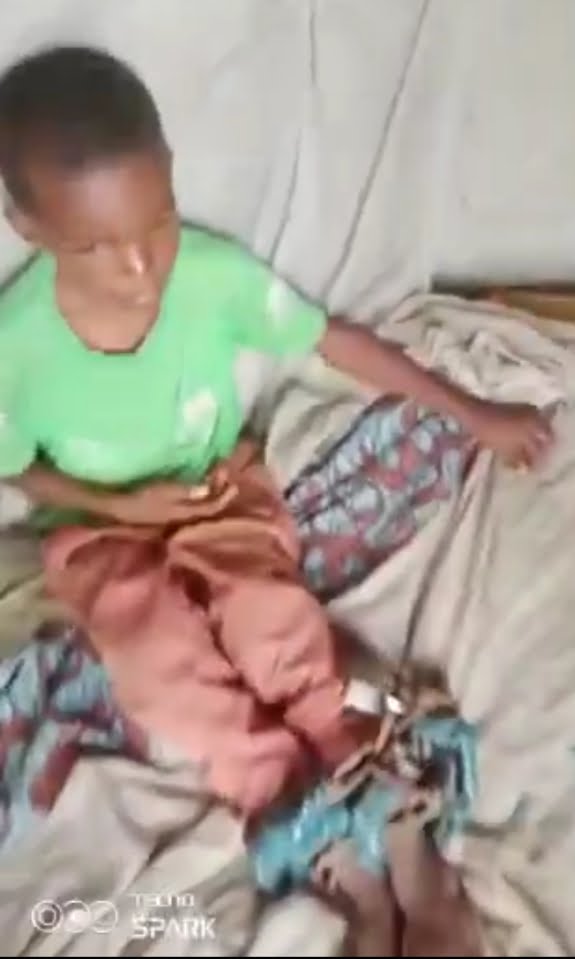 Explaining what led to the arrest, the Police said following a report on child Slavery/Abuse received on 17/6/2022 at about 1400 hours, by the police from a Good Samaritan residing at World Bank Owerri, Imo State, the Divison Police Officer (DPO) in charge of New Owerri Divisional Police Headquarters Owerri, Imo State, mobilized a team of policemen including the Officer in charge of Juvenile Welfare Center (JWC ) to the scene at the World Bank area.

According to the police,” Preliminary investigation revealed that the child was chained by his stepmother, 26 years old Mrs Victoria Nwosu. The father of the three rescued children, Mr Chimezie Nwosu, aged 30 years allegedly never cautioned his wife or showed concern on seeing his wife maltreat the children.

The release read, “On rescuing the children the police operatives immediately rushed them to a nearby government hospital where they were treated and discharged.

They were later handed over to a government-recognized Orphanage Home where they will be well taken care of, pending when their mother is located.