Popular Instagram comedian, Gloria Oloruntobi, known as Maraji, has confirmed she is pregnant.

Maraji has been away from Instagram for some months but recently returned with a cryptic video on her page which got Nigerians talking.

In the video, Maraji showed herself dancing with a baby bump which sparked pregnancy rumors online.

The Instagram Comedian has now taken to her story to confirm the news.

Alongside a picture of her showing her baby bump, she wrote, “I feel like person wey don too chop still cannot believe there is someone in there.”

Maraji is an expert in role plays in her comedity skits, as she switches between between accents and looks to suit each character she plays. 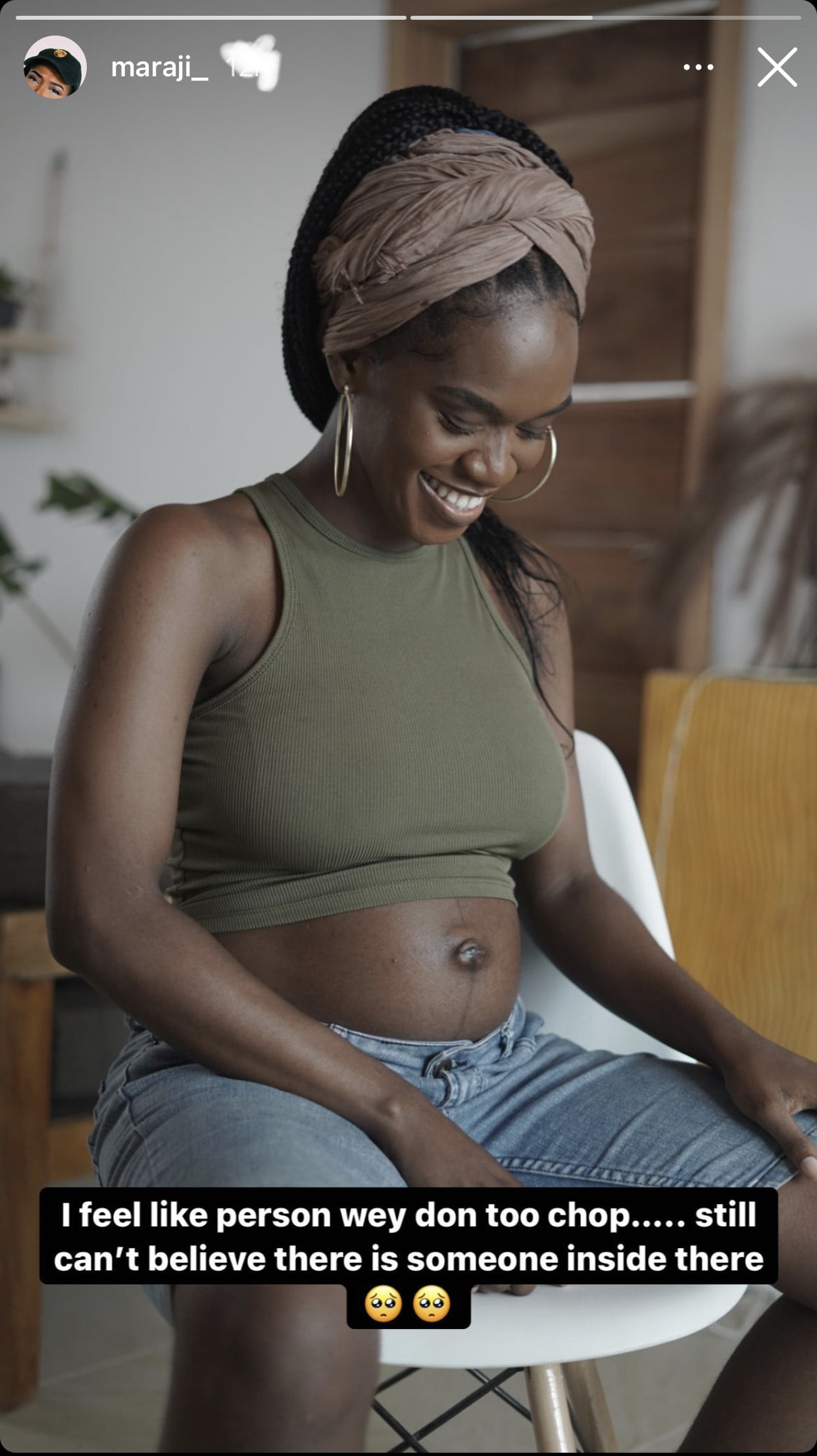