Na for Instagram them divorce you’ – CharlyBoy mocks Ooni of Ife

Maverick Nigerian entertainer, Charles Oputa, also known as CharlyBoy, has mocked Ooni of Ife, Oba Ogunwusi, over the crash of his marriage to Queen Silekunola Naomi.

DAILY POST recalls that Queen Naomi announced her divorce from the monarch via her Instagram handle, stating that she was no longer a slave to perfection.

The Queen, who had been married to the monarch for three years, stated that she tried her best to make the marriage work but all to no avail.

CharlyBoy, while reacting via his Instagram handle on Wednesday, queried the monarch for having two failed marriages within a short period of time.

Alongside a picture of him with the Ooni of Ife, CharlyBoy wrote: “See this my fine bobo, how come e be say in less than two months two of your wives have divorced you and ran away from your kingdom.

“To add salt to injury Na for Instagram them divorce you. Truly all that glitters is not gold.” 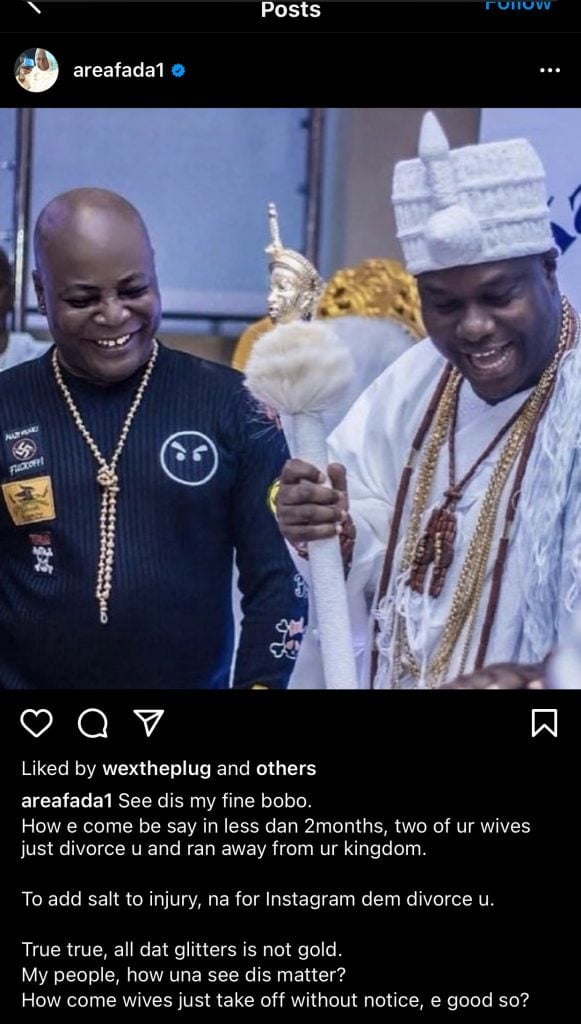 Na for Instagram them divorce you’ – CharlyBoy mocks Ooni of Ife