The development is coming just a few hours after the death of the immediate past Olubadan of Ibadan land, Oba Saliu Akanmu Adetunji.

Adetunji who ascended the throne in March 2016, died in the early hours of Sunday.

DAILY POST gathered that the next person to ascend the throne is High Chief Lekan Balogun.

Our correspondent reports that traditional drummers, family members and others have been trouping to the Alli-Iwo compound where the next in rank to the departed monarch hails from.

The drummers and the family members were seen at the compound on Sunday, rejoicing that the Olubadan stool has finally returned to the Alli-Iwo compound.

It was gathered that the Alli-Iwo descendants have their origin from Iwo in the present Osun State. 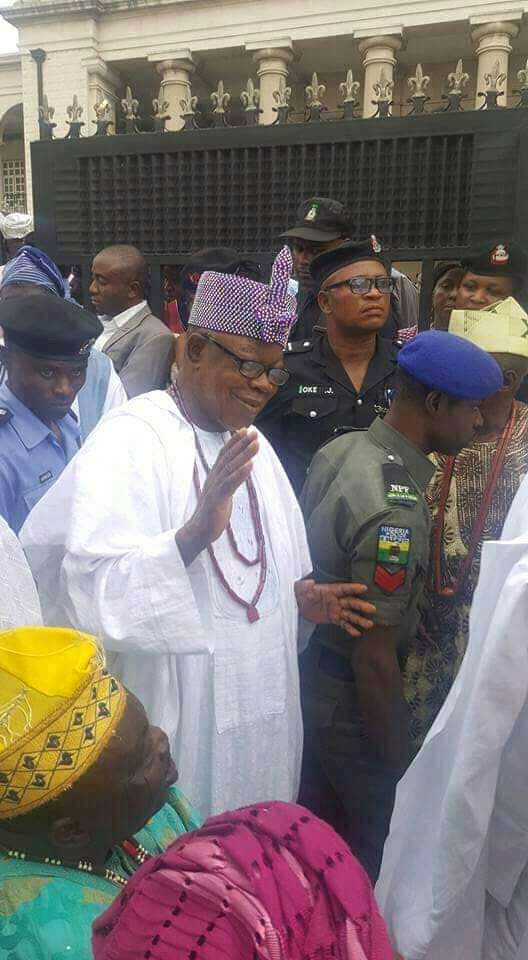 DAILY POST learnt that one of the former Olubadan of Ibadan land is from Alli-Iwo.

The Olubadan in-waiting, Lekan Balogun, as he is fondly called, represented Oyo Central senatorial district between 1999 and 2003.

Balogun, who was promoted from Mogaji to Ajia Olubadan a few decades ago, had earlier worked as a lecturer at Ahmadu Bello University, Zaria in Kaduna State.

He holds a doctor of philosophy degree.

Our correspondent reports that as of Sunday evening, wellwishers have continued to besiege the family compound in Alli-Iwo and Alarere residence of the next Olubadan.