Osinachi died on April 8, 2022 following widespread allegations by her children, family, and colleagues that she was battered to death.

The husband of the late Ekwueme crooner, Peter Nwachukwu, was alleged to have brutalized her to death.

Following the allegations against Nwachukwu, the police had arrested him and was charged for allegedly committing the crime that contravenes Sections 104 and 379 of the Administration of Criminal Justice Act, (ACJA) 2015, Section 221 of the Penal Code and the Violence Against Persons Prohibition Act (VAPP) 2015.

Amid the allegations, Nwachukwu had denied brutalizing Osinachi to death, stressing that she died of lung cancer.

However, the burial rites sighted by DAILY POST show that today (Tuesday) is the praise night at Michael Opara Square in Enugu by 7pm. 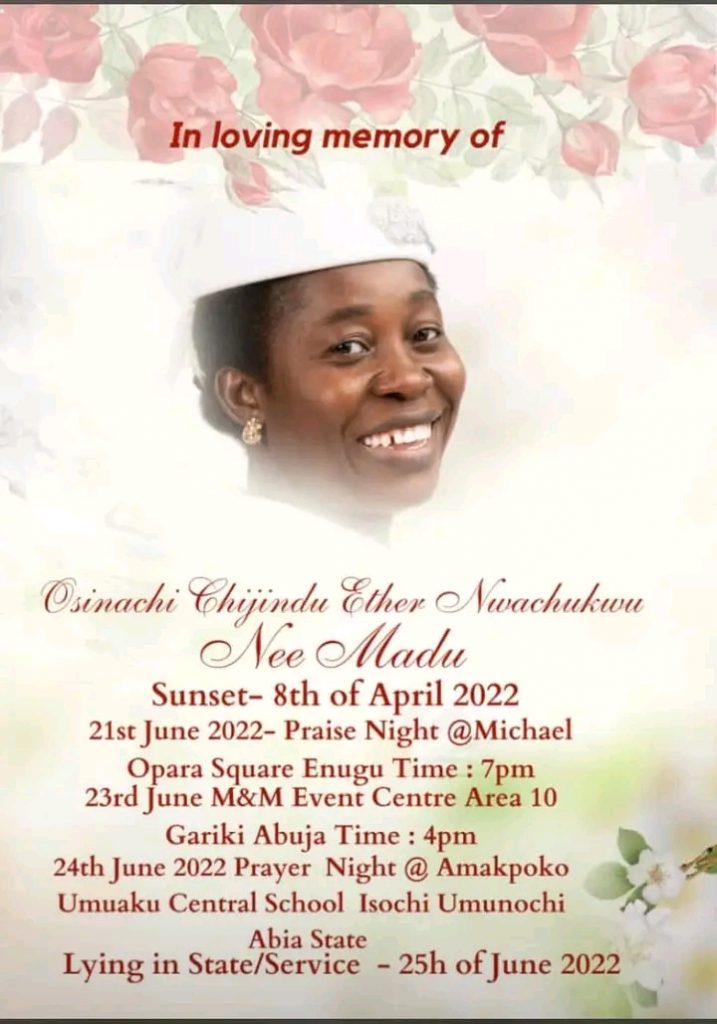