Stop the madness, I won’t sit back – 2face Idibia reacts to family crisis

Nigerian music legend, 2face Idibia has finally broken his silence on the crisis rocking his marriage with Annie Idibia.

DAILY POST had reported that Annie called the singer out for sleeping over at Pero’s house in the US.

This led to a back and forth between Annie and 2face’s brother, Charles who accused Annie of assaulting the music legend and preventing his family from visiting their home.

On Wednesday, a source close to the family had told DAILY POST that the singer fled Nigeria after alleged massive fight with his wife, Annie.

Speaking on the development, 2face on his Instagram page admitted that it was wrong for anyone to have brought his family issues on social media.

He warned his family members to stop the madness as he would not sit back and watch everybody ‘battle’ in the name of love.

“I admit that bringing family issues on social media was not cool but will not sit back and watch everybody have free for all battle here in the name of love and solidarity.”

2face appealed to family and supporters to respect his family’s privacy and allow his family deal with their issues internally.

“None of us is perfect. I will like to urge family and supporters to stop the madness.

“The public should please respect our privacy and our kids. Let us deal with our issues internally. I take God beg Una,” his post read. 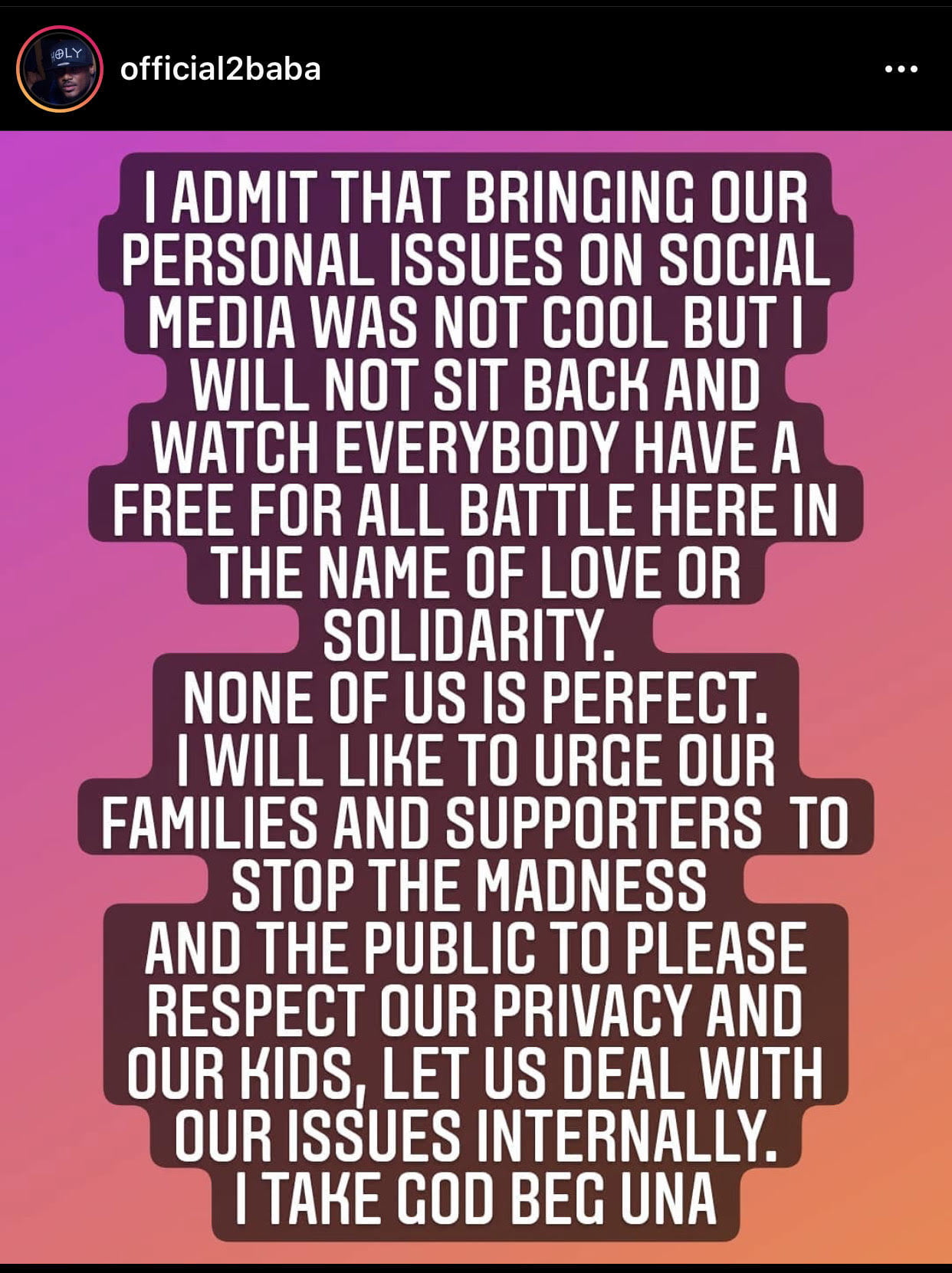