The National Association of Nigerian Students (NANS) on Tuesday protested against the prolonged strike by the Academic Staff Union of Universities (ASUU).

The students in their hundreds blocked the Lagos-Ibadan Expressway at Sagamu interchange in Ogun State, leading to gridlock on the ever busy road.

The News Agency of Nigeria (NAN) reports that the situation left many motorists plying the road stranded with their passengers.

All entreaties to the aggrieved students by motorists and commuters did not yield any result as members insisted that they would not leave the road until their demands are met by the Federal Government.

Recall that ASUU had on Feb. 14, embarked on an indefinite strike on the premise of inadequate funding of public universities, among other demands. 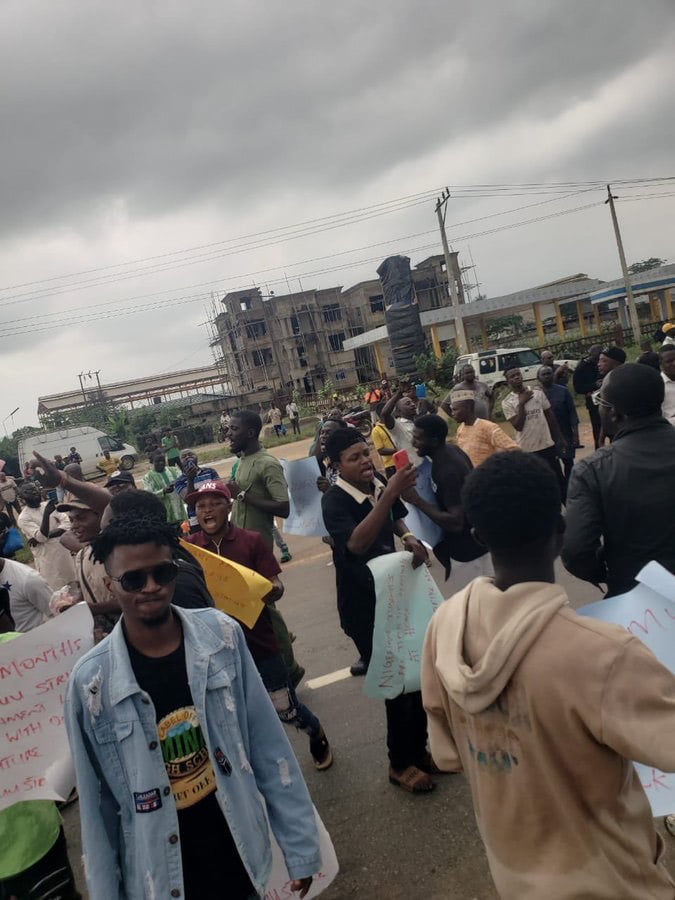 The students held placards of various inscriptions and were chanting solidarity songs, saying that they were tired of staying at home.

They also insisted that the Federal Government should yield to the demands of their lecturers for them to call off the strike.

Adeleke said, “The protest was due to the lingering impasse between the Federal Government and ASUU, which had defied all solutions.

“We want the Federal Government to end the ASUU strike permanently, that is why we are on the road protesting.

“This is just the tip of an iceberg. We are just getting started.

“And, tomorrow, by the special grace of God, we will be at another location, next tomorrow the same thing, until our voice is heard,” Adeleke said