Nollywood Actress, Tonto Dikeh has reacted to a leaked audio recording of her allegedly begging her ex-boyfriend, Prince Kpokpogri not to leave her after he accused her of cheating.

Recall that Dikeh’s ex-lover, Prince Kpokpogri had revealed that the actress cheated on him right from the start of their relationship.

He alleged that their relationship which lasted for three months was a living hell and he’s being used as the victim of a blackmail.

Kpokpogri also accused Tonto Dikeh of sleeping with someone else in Lagos, adding that she begged for a second chance when she was caught.

However, a few days after he made the revelation, a leaked audio of Tonto crying and begging him not to leave her surfaced online.

Tonto Dikeh reacts as ex-lover, Kpokpogri accuses her of cheating

But Miss Dikeh assured that every blackmailer will be brought to justice and that the law will take its course.

Reacting, Tonto in a post via her Instagram account said the audio was an old one, adding that she was the one who eventually called off their relationship after listening to a leaked audio tapes of Kpokpogri disrespecting her.

“My dearest fans, the illegally recorded and leaked voice recording of a private conversation by Prince Kpokpogri making the rounds on the internet was in the past and had absolutely nothing to do with the recent.

“I appreciate your concerns. I’m doing perfectly okay and in one peace. Be rest assured that every blackmailer will be brought to justice. It is the law and I’m at peace knowing that the law will take its course.

“Like I will always say, the only valid conversation is congratulations because Jesus saved me. Thanks for your concern and love,” she said. 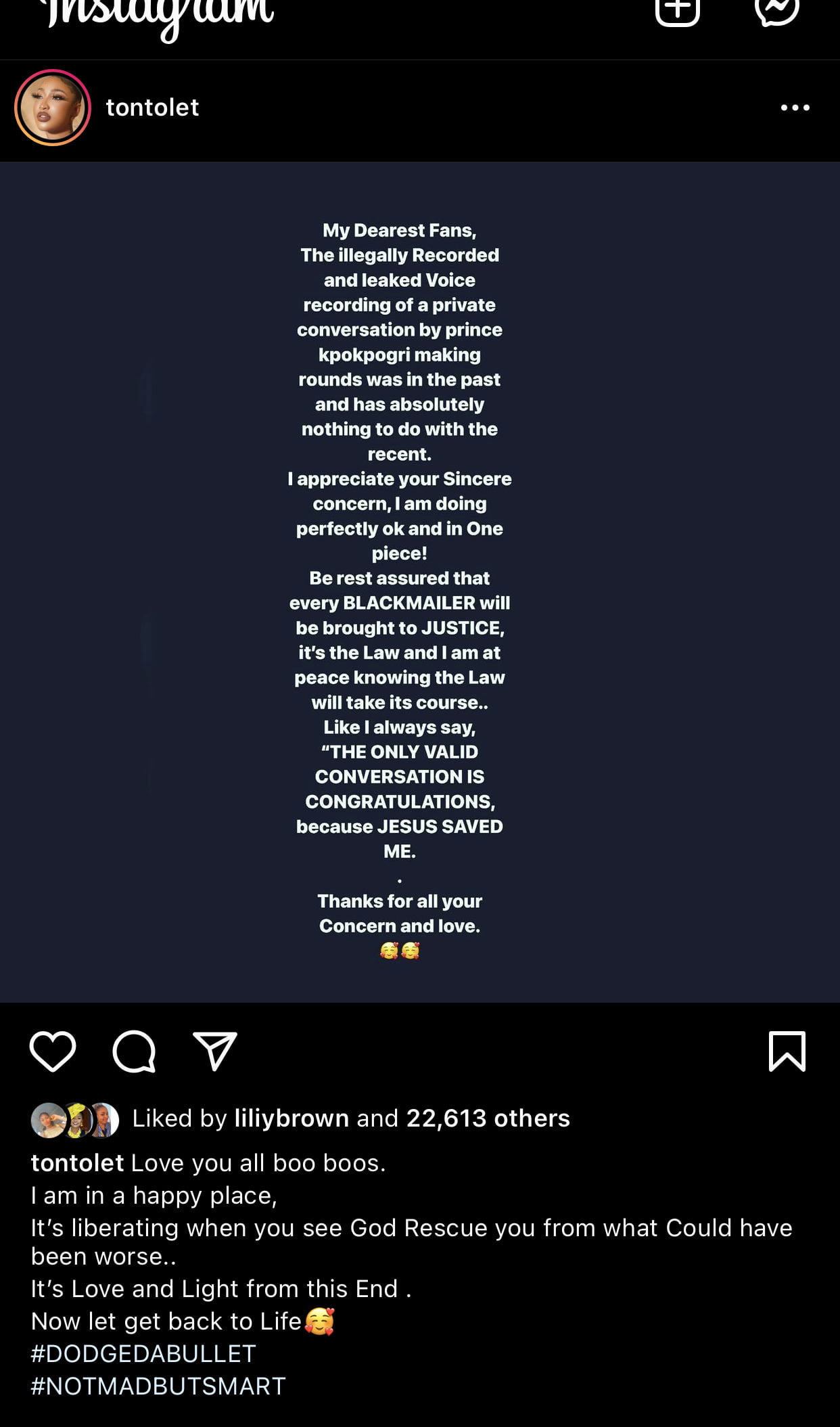